Two Tacoma police officers entered pleas of not guilty Friday in Pierce County Superior Court, a day after they were charged
with second-degree murder and first-degree manslaughter in the March 2020 death of Manuel Ellis on a South Tacoma street.
A third police officer, who is charged with first-degree manslaughter, also entered a not-guilty plea for his role in Ellis’ death.
After bench warrants were issued for the officers’ arrest Thursday, each surrendered to the Washington State Patrol, their attorneys told the judge.

Attorney General Bob Ferguson took over the investigation into Ellis’ death after a botched local investigation. The murder and manslaughter charges filed by Ferguson portray the officers as instigating an unnecessary, violent confrontation and callously ignoring Ellis’ dying plea of “Can’t breathe, sir!”

The Pierce County Medical Examiner determined Ellis died of a lack of oxygen from being physically restrained, and ruled his death a homicide, the charges say.

Though the state requested that Christopher “Shane” Burbank, Matthew Collins and Timothy “Timmy” Rankine each be held on $1 million bail, Pierce County Superior Court Judge Michael Schwartz instead set the officers’ bail at $100,000 each, citing the men’s lack of criminal history, their ties to the community and a lack of evidence that they represent flight risks or dangers to the community.

All three officers, who appeared for arraignment via video feed from the jail, were ordered to surrender their passports by the end of Tuesday. Schwartz restricted their travel to counties contiguous to their counties of residence. They are not to have any contact with each other unless in the presence of their respective defense attorneys, Schwartz ordered.
Outside the courthouse afterward, Ellis’ sister, Monet Carter-Mixon, said that in the months since her brother was killed, he’s been demonized by Tacoma police.

“What in fact happened to my brother was wrong,” she said, describing Ellis as a charismatic and funny man who made friends easily. “People who cover up murder, you will go to jail and you will be charged.”

Burbank, 35, is originally from North Carolina, saw combat in Iraq and was awarded the Medal of Valor before he was honorably discharged, said defense attorney Wayne Fricke.

“Other than this allegation here … his record is pristine,” Fricke said of Burbank, a married father of two.
Collins, a former Tacoma resident, has since moved to Oregon and attended trade school, said attorney Jared Ausserer. Collins, 38, and his wife are parents to four children, he said.

Rankine, whose parents and sister were in court on Friday, is a Purple Heart recipient who volunteers and does fundraising for a number of charities, according to attorney Bryan Hershman.

Rankine, 32, “factually sits in a different spot than these other two gentleman,” said Hershman, saying his client responded to a priority call and just knew “there was a fracas when he got there.”

Attorney James Bible, who is representing the Ellis family, said after the arraignment that after 14 months, Ellis’ relatives finally saw the officers wearing orange jail jumpsuits as they faced the judge. The family, he said, is determined to see the officers held accountable.

“They epically misrepresented information and lied in their police reports and deceived all of us in such a way that charges almost didn’t happen,” Bible said, surrounded by a throng of reporters. “The misrepresentations of the law enforcement officers and the agencies that supported them is what delayed this [case] so remarkably long.”

The 21-page charging document concludes Ellis, a 33-year-old Black man, died as a result of Burbank’s and Collins’ “felonious assault and/or unlawful imprisonment,” and there was no justification for their use of force.

As to the manslaughter charge, Burbank, Collins, and Rankine assaulted and restrained Ellis without justification; failed to call for urgent aid after Ellis exhibited signs of medical distress and repeatedly said he couldn’t breathe; hogtied Ellis; failed to intervene when another officer put a spit hood over his head; and failed to remove the hood as Ellis’ condition declined, say the charges.

Charging documents say Burbank and Collins told other officers that Ellis had attempted to get inside a car, then punched one of their patrol car windows and attacked both officers, kicking and punching them.

“These accounts are contradicted by the three civilian witnesses, none of whom ever saw Ellis in the intersection, or saw Ellis strike the officers’ car, or saw Ellis attack, punch, or otherwise strike the officers at any point,” Special Assistant Attorney General Patty Eakes and Assistant Attorney General Kent Lui wrote in charging papers. “These civilian accounts are supported by video sources.”
Manuel Ellis, known to friends and family as “Manny,” spent the evening of March 3, 2020, at church, playing drums with the worship band, the charges say. He left church around 9:30 p.m., returned home, video-chatted with his mom and ate burgers with his housemate. Around 11 p.m., he walked to a 7-Eleven, bought doughnuts and water, and wished the clerk a good night on his way out the door.

On his walk home, Ellis encountered a patrol car stopped at a red light at 96th Street South and Ainsworth Avenue South, say the charges. Collins was behind the wheel and Burbank in the front passenger seat.

Three civilian witnesses — two motorists stopped behind the patrol car and a pizza delivery driver stopped on the other side of the street — all used their cellphones to record video of the officers’ interaction with Ellis, say the charges. A woman who lives across the street from where Ellis was taken to the ground recorded part of the encounter, which was also captured by her doorbell camera.
The two witnesses stopped behind the patrol car later told investigators they saw Ellis walking on the sidewalk before he approached the patrol car and engaged in a 10- to 15-second long “casual conversation” with the officers, say the charges.

As Ellis began to walk away, the charges say, “Burbank abruptly swung open the passenger door of the car, striking Ellis from behind and knocking him to his knees.” He got on top of Ellis as Collins ran around the front of the car toward them. It was 11:21 p.m.
According to the charges, Burbank is seen in the video wrapping his arms around Ellis, lifting him into the air, driving him into the pavement and striking him with a fist. Collins then got on top of Ellis and punched him four times in the head, the charges say.

At that point, a woman got out of her car and yelled at the officers to “stop hitting him!”

The video shows Collins put his arm around Ellis’ neck, using the kind of restraint courts have determined can constitute a deadly threat and that has been banned by many police agencies, say the charges. As Collins continued to apply the neck restraint, Burbank used a Taser on Ellis, striking him in the chest as his hands were up in a surrender-type position, according to the charges.

Ellis went limp and was facedown on the pavement with Collins’ arm pressed to the back of his head or neck; it was 11:22 p.m. when Burbank made his first radio transmission and a dispatcher broadcast that the two officers had encountered “unknown trouble” at the intersection, say the charges. Over the next 11 minutes, at least 20 more officers would respond to the scene.

Ellis began writhing and screaming as Burbank and Collins held his arms behind his back and applied pressure to his body; the Taser probes were still embedded in his chest and Burbank fired another 5-second-long jolt of electricity into his body, according to the charges.

The witnesses then drove off and soon after, Ellis began telling the officers he couldn’t breathe, say the charges. One officer was heard on the video telling him, “Shut the (expletive) up, man,” according to the charges.

At 11:24 p.m., Rankine and his partner were the first backup officers to arrive and ran toward the other officers, who were restraining Ellis, by then in handcuffs and on the ground. Rankine got on top of Ellis, one knee just below the base of Ellis’ neck and the other on his lower back, say the charges. Within a minute of Rankine’s arrival, Ellis told the officers at least three times that he couldn’t breathe. His legs were hobbled and tied to his handcuffs.

A Pierce County Sheriff’s lieutenant would later tell investigators that once hobbled, Ellis’ breathing was agonal, explaining the sound was of someone dying and taking his last breaths, according to the charges. He warned officers that Ellis appeared to be experiencing excited delirium.

Ellis was briefly rolled onto his side and Rankine noticed Ellis’ body was hot, he was sweating profusely and bleeding from his face; Rankine then rolled Ellis back onto his belly and pressed his knees to Ellis’ back for several minutes, the charges say. Another officer put a spit hood over Ellis’ head, which remained in place until fire department medics arrived at 11:34 p.m.

A paramedic noted Ellis was unconscious and unresponsive, had deteriorating respiration, a weak pulse and fixed and dilated pupils, which is an indication of possible brain death, the charges say. Rankine at first resisted but then relented when paramedics insisted that Ellis’ restraints needed to be removed.

Paramedics tried to revive Ellis but he died at the scene, say the charges. 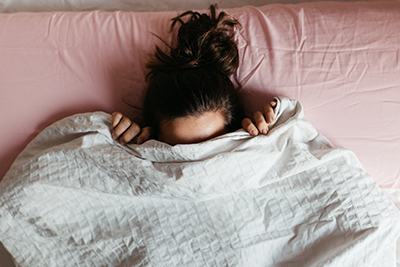 LOUISVILLE, Ky. — The city of Louisville agreed to pay $12 million to the family of Breonna Taylor and reform police practices as part of a settlement announced Tuesday, months after Taylor’s sla... read more 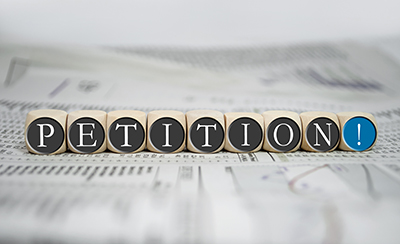 Before Manuel Ellis was killed by Tacoma police on March 3, he had gifted his sister Monet Carter-Mixon the pit bull puppy that has now become part of her family. She guards over the dog born from a stig... read more