Author: Michael A. Lawson, Special to The Seattle Times 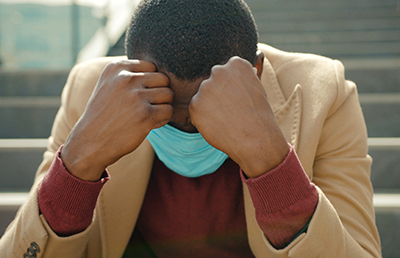 As I watch nominees and appointees announced by the Biden-Harris transition team get maligned in the press and on social media for their past work in the private sector, I’m reminded that often our biggest enemy is ourselves. Democrats get criticized by the right for looking to the government to solve our country’s problems and ignoring the positive role that the private sector can play.

Yet, when one of us decides to go into public service from the private sector, it’s our own folks who criticize that what we bring to the table is tainted. Our adversaries say our perspective is too narrow and allies say it’s too broad. We can’t win like that, and this career-shaming of nominees of color has got to stop.

I’m sure you’ve seen it too — naysayers are publicly judging some potential appointees negatively based solely on the fact that they have worked for or in a private-sector and publicly-held company. Their misguided reasoning is that once you work for a company, you are co-opted into its culture. The opposite is true: Talented individuals can often change a company’s culture from within.
In the rush to judgment over some nominees’ career paths, too many naysayers are conflating experience with conflicts of interest.

Past work experience with U.S. companies who do business with the U.S. government should not be a disqualifier — let’s face it — it is those companies who are leaders in their industries, that’s why some of the most qualified nominees have worked for them. Potential conflicts of interest for nominees are a totally different issue, and the Biden-Harris transition team has created fail-safes to avoid the appearance of conflict.

I can say from experience that the culture within some of our country’s largest companies is in woeful need of reform. I spent 31 years at Skadden, Arps, Slate, Meagher & Flom LLP, where I grew personally and professionally by taking on the responsibility of trying to change Skadden’s culture. During my tenure, I was successful in getting the firm to increase its diversity hires significantly, and I am proud to say that I was able to have a positive impact on the firm. I’m living proof that the answer to fixing those companies isn’t telling our best and brightest that those C-suites are off-limits. In fact, their presence in those boardrooms is the best shot we have at changing those companies for the better.

I took my three decades of experience in the private sector with me to the Obama administration, where I served as ambassador and permanent U.S. representative to the International Civil Aviation Organization. I then became president and CEO of the Los Angeles Urban League. I’m proud of the work I’ve done and keenly aware that if I had listened to those who said my corporate experience negated my commitment to public service, I wouldn’t be where I am today.

This anti-private sector mindset is especially detrimental to men and women of color who are told that if they take advantage of corporate opportunities in front of them that they are forever tainted by the policies and positions of the companies they’ve worked for. This backward way of thinking not only assumes that they can’t change corporate culture from within, but also sends the message that they won’t be judged by their talent and hard work — but by the (mis)perceptions and actions of the companies they’ve worked for.

I remember what it was like as a young Harvard Law School student from the class of 1978. I was part of that first wave of classes that had a significant number of Black students. When I graduated, corporate law firms were just beginning to hire Black law students. We spent a lot of time debating what we should do with our “golden ticket.” Should we go to corporate law firms, corporations as in-house counsel, government agencies, civil rights organizations, join public defenders’ offices, or prosecutors’ offices, apply for judicial appointments? After much debate, we concluded that we needed to be everywhere so that we could continue the fight against systemic racism wherever it exists in honor of those who came before us and broke down the barriers to entry.

We are all standing on the shoulders of the giants who came before us, and fought and died to get us where we are. We have, and will continue to, fight the good fight and get involved in “good trouble,” regardless of where we are. Let’s stop shaming the Biden-Harris nominees and appointees and send a message to our talented young people that there isn’t just one righteous path to do good work for their communities and country.

Michael A. Lawson is the former ambassador and permanent U.S. representative to the International Civil Aviation Organization in the Obama administration.