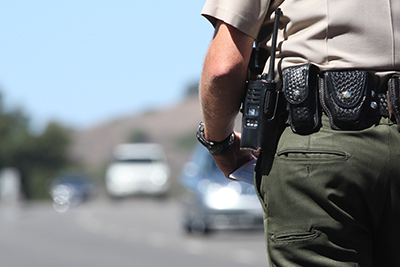 The widow of a Tulalip tribal member who died while struggling with police in 2015 has won a new trial over allegations that officers used excessive force on Cecil Lacy Jr. when they held him down even as he told them he couldn’t breathe.

The Washington Court of Appeals overturned a trial judge’s 2018 decision to grant a so-called “directed verdict” against Lacy’s widow, Sara, after a 2018 civil wrongful-death trial in King County Superior Court.

The three-judge panel in the Court of Appeals Division I unanimously concluded that Sara Lacy can pursue a civil battery claim against the Snohomish County Sheriff’s Office and Deputy Tyler Pendergrass, who confronted the 46-year-old Lacy the night of Sept. 18, 2015, walking along Marine Drive on the Tulalip Indian Reservation. Lacy, a tribal member, appeared intoxicated or under the influence of drugs, and Pendergrass called for backup with the intent of taking Lacy home or to the hospital, according to reports and court documents.

Instead, Lacy died lying on his stomach in a ditch on the side of the road, three officers pinning him down — Pendergrass across his back — as Lacy gasped for air and then went still.

Aided by officers from the Tulalip tribal police, Pendergrass said he tried to calm Lacy down, and eventually one officer offered Lacy a ride home. They agreed to handcuff Lacy with his hands in front — he was not under arrest — but after he got into the car, he became agitated and fled. Pendergrass and two other officers, including a sergeant from the tribal police, wrestled him to the ground and pinned him facedown, with Pendergrass across his back. At some point, Lacy quit struggling, however, the officers remained on top of him until additional officers arrived.

Other officers at the scene acknowledged to detectives Lacy said words to the effect of “I’m freaking out … I can’t breathe” just before he died, according to reports and information gathered by Sara Lacy’s attorney, Gabriel Galanda, who on Monday praised the decision to reinstate significant portions of the lawsuit and send it back for a new trial.

“We are grateful that the appeals court saw the pivotal facts exactly as we presented them to the jury: Deputy Pendergrass placed Cecil in a prone position and suffocated him to death while he said ‘I can’t breathe,'” Galanda said in a written statement Monday. “Even without officer bodycam or eyewitness video footage, and despite the false narrative advanced by local law enforcement and the police guild, the truth prevailed. We look forward to trying this case again.”

At the same time, Jason Cummings, the chief of the Snohomish County Prosecutor’s Civil Division, also praised the judges for upholding the lower court’s decision to dismiss a series of negligence claims against Pendergrass and the county, alleging the deputy failed to provide timely medical care to Lacy and approached the obviously agitated man in a manner that foreseeably resulted in the use of excessive force.

“There is not sufficient evidence from which a reasonable juror could have inferred, without speculating, that had Deputy Pendergrass called for aid when he first observed Cecil and witnessed his behavior, paramedics would have been able to revive Cecil,” the opinion said.

“We are pleased they upheld half of our case,” Cummings said Monday. “We just got the opinion today. We will have to review the remaining portion of the ruling before we decide what our next step will be.”

While upholding the dismissal of the negligence allegations, the Court of Appeals concluded that King County Superior Court Judge Karen Donohue erred when she granted Snohomish County’s motion for a verdict in its favor on Sara Lacy’s allegations of battery against Pendergrass following a 10-day civil trial in late 2018. Sara Lacy had filed the lawsuit in 2016, a year after her husband’s death.

The panel noted that the state recognized a civil cause of action for battery against a police officer when “unnecessary violence or excessive force is used in accomplishing an arrest.”

The appeals court concluded that Sara Lacy and her police and forensic evidence had raised significant issues of fact that should have been sent to a jury rather than dismissed on the county’s motion.

Sara Lacy and her attorneys “presented evidence from which a reasonable juror could have found or inferred that Deputy Pendergrass used unnecessary or excessive force to restrain a human being in Cecil’s state of mind and circumstance,” noting that Lacy was not armed, had made no threats and was not under arrest.

“We cannot conclude, as a matter of law, that Deputy Pendergrass acted reasonably when he applied and maintained pressure on the back of a handcuffed, unarmed, mentally ill, and agitated human being who was in a prone position, exclaiming that he could not breathe,” the panel concluded.

The ruling, which Cummings noted was unusually long and detailed for an opinion out of the Court of Appeals, is a win for Lacy’s family, who have been seeking some sort of justice for his death since it occurred. Earlier this year, Galanda had asked Washington Attorney General Bob Ferguson to add Lacy’s death to a list of officer-involved killings being reviewed in the wake of the George Floyd case in Minneapolis and the death of Manuel Ellis in Tacoma, who also suffocated while in police custody. The AG’s office declined because their review was looking at cases that occurred after the passage of Initiative 940.