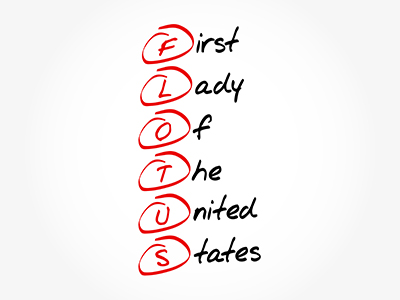 In one of my favorite episodes of “The West Wing,” Abigail Bartlet, a trained surgeon and the fictional first lady, speaks with a White House attorney about a looming scandal. The lawyer addresses her as “Mrs. Bartlet,” to which she responds with the iciest correction: “Dr. Bartlet.”

“When did I stop being Dr. Bartlet?” she continues. “When in the campaign did I decide women were going to like me more if I called myself ‘Mrs.’?”

The issue was not about her credentials; nobody could take away her Harvard MD. The issue was about her identity. She used to have one of her own, but now she had only what had been conferred by her husband. She missed herself.

This is the scene I went searching for on Netflix after reading an exceptionally bad column in the Wall Street Journal.

“Madame First Lady — Mrs. Biden — Jill — kiddo: a bit of advice on what might seem like a small but I think is not an unimportant matter,” writer Joseph Epstein began. “Any chance you might drop the ‘Dr.’ before your name? ‘Dr. Jill Biden’ sounds and feels a touch fraudulent, not to mention comical.”

His reasoning, as it were: Jill Biden is not a medical doctor. In her 50s, she acquired an EdD from the University of Delaware; she now works as a community college professor, and plans to continue through her husband’s presidential term. For Biden to use the title of “Dr.” is highfalutin and misleading, Epstein wrote, as “no one should call himself Dr. unless he has delivered a child.”

If you witnessed online outrage over this column, it was probably over these aforementioned paragraphs, so let’s dispense with them quickly:

1) There is nothing “comical” about toiling for years to achieve a credential that is technically and socially correct for Jill Biden to use.
2) The fact that she accomplished this later in life, after having raised three children and worked another career, is admirable. The title of her dissertation — “Student Retention at the Community College Level” — sounds important and not, as Epstein writes, “unpromising.”
3) The premise that only medical doctors should get to hold the Dr. title is etymologically specious because, as Merriam-Webster dictionary pointed out on Twitter, “doctor” comes from the Latin word for “teacher”; it was scholars and theologians who, back in the 14th century, used the title well before medical practitioners.
4) Absolutely nobody is worried that if a pilot gets on the intercom and asks, “Is there a doctor on this flight?” Jill Biden is going to leap from her seat and try to perform a tracheotomy.

And finally: If he wants to get technical about it, Biden did deliver a child, out of her own uterus.

As supporting evidence for his reasoning, Epstein cites his own refusal to be called “Dr.” when he taught courses at Northwestern University — which would, in fact, have been fraudulent and comical because Epstein’s highest degree is a bachelor’s. It seems he would like Jill Biden to deny herself what she earned, because he denied himself what he did not.

He also casually notes that he was the recipient of an honorary doctorate and that throughout his career, people have assumed he was a PhD and insisted on referring to him as “Dr.” anyhow. This assumption is not, I can assure him, experienced by female academics, who are more likely to be mistaken for administrative assistants or lab techs even when they do have doctorates. Perhaps it is easier to turn down honorifics when they’ve been mistakenly sent to your table on a series of platters and you’re already stuffed.

We could go on picking things apart at the sentence level, but it becomes preposterously too easy; there’s no sport in hunting an animal that has already shot itself in the foot. I do doubt that Epstein would have written this column about, say, Dr. Henry Kissinger. I do believe Epstein wouldn’t have called him “kiddo.” I do believe that Epstein saw this as a column about titles, but it was also about his innermost beliefs regarding what kinds of people he thinks deserve honorifics and what kind — he implies that Biden’s doctorate was easy — do not.

I am the daughter of an English professor who, like Jill Biden, taught for years at a public college. I have a soft spot for the academics who would show up late at our house for dinner because they had lost track of time after spending their entire weekends grading papers, talking proudly for hours not about themselves but about their students: how to best serve them, how to help grow the minds of America.

On Saturday, a lot of these old friends — mostly women — went online to share the work that had gone into acquiring their doctorates. One said she insisted on being called “Dr.” only after she realized her students had been reserving the title for their male professors, and used “Mrs.” for women with the degree.

One recalled how her grandfather earned his PhD — by leaving for a summer of solitudinous research while his wife cared for the homestead, the children and their boarders — and how, when she worked for her own PhD generations later, her dissertation was written between the hours of 4 and 6 a.m., before rousing her children, preparing their lunches, getting them to school and then going to her own full-time job.

During the pandemic, female academics have been found to be falling behind their male colleagues in terms of submitting research and writing papers, probably because of the outsize burdens of domestic labor they have taken on this year.

But we are not here to lament the plight of the female academic; we are here to talk about Joseph Epstein and Jill Biden. “Forget the small thrill of being Dr. Jill,” he instructed her in the final sentence of his column, “and settle for the larger thrill of living for the next four years in the best public housing in the world as First Lady Jill Biden.”

It was that sentence that sent me over the edge. And sent me searching online for Abigail Bartlet.

Because what it implies is that Jill Biden’s own accomplishments should not be as important as those which are conferred by her husband. She should accept this marital title and eschew her personal identity.

As of Sunday morning, Biden had not directly responded to the column, but her spokesman Michael LaRosa did. “If you had any respect for women at all you would remove this repugnant display of chauvinism from your paper,” he tweeted to the Wall Street Journal’s editorial page.

And to the future first lady: Whatever happens, for pity’s sake, don’t listen to this weird, grumpy, elitist man. Don’t ever sit in the White House and wonder what happened to your old sense of self. Be Dr. Biden. Be Dr. Biden forever.

Monica Hesse is a columnist for The Washington Post's Style section, who frequently writes about gender and its impact on society. She's the author of several novels, most recently, "They Went Left." For more visit wapo.st/hesse.