Teach the Truth, an honest accounting of our nation 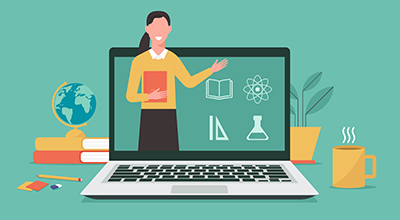 With the school year starting for many this week, educators and parents are not just debating masks or in-person classes.

The racial justice protests that began after the killing of George Floyd last year were called possibly the largest movement in U.S. history. People of all backgrounds in towns large and small joined together to recommit themselves to fighting racism and police brutality.

But as the movement gained steam, so did the opposition.

“Young people put together the greatest lesson plan that I’ve seen in my lifetime in terms of organizing rallies and protests and teach-ins and speak outs. And these events shine the light on structural racism and institutional racism in a way that hadn’t been done in my lifetime. And many educators were forced to ask: ‘How does this fit into my classroom?’”

But, he said, “This uprising really scared racists because they saw the conversation and the consciousness start to change in this country.”

And in a bizarre twist, the opposition to this shift in racial consciousness galvanized as opposition to critical race theory.
Critical race theory, which I first wrote about in October, is hard to define in one sentence, but as CNN described it in May, it “recognizes that systemic racism is part of American society and challenges the beliefs that allow it to flourish.”

They quoted Kimberlé Crenshaw, a founding critical race theorist and a Columbia and UCLA law professor, who described it further, saying, “Critical race theory is a practice. It’s an approach to grappling with a history of White supremacy that rejects the belief that what’s in the past is in the past, and that the laws and systems that grow from that past are detached from it.”

But despite its relatively arcane and decades-old academic origins, critical race theory, or CRT, has now become political shorthand for any education about our country’s history of structural racism and racial inequality.

This shorthand is largely due to the work of Seattle-area writer Christopher Rufo, who the New Yorker credited with sparking the anti-CRT movement in its June story, “How a Conservative Activist Invented the Conflict over Critical Race Theory.”

Rufo himself described how he used the conversation around CRT to drive opposition to a multitude of concepts.
Rufo wrote on Twitter on March 15, “We have successfully frozen their brand—‘critical race theory’—into the public conversation and are steadily driving up negative perceptions. We will eventually turn it toxic, as we put all of the various cultural insanities under that brand category. … The goal is to have the public read something crazy in the newspaper and immediately think ‘critical race theory.’ We have decodified the term and will recodify it to annex the entire range of cultural constructions that are unpopular with Americans.”

Rufo seems to have been successful on this front. According to an Economist/YouGov poll in July, those who have heard of CRT and think they know what it means are 20 points more likely to have unfavorable (58%) opinions about it and most of that group believe teaching it in schools is bad for the U.S.

This negative perception has been fueled by Fox News, which had already mentioned CRT 1,860 times in 2021, The Washington Post reported in June, compared with 132 times in all of 2020.

And the strategy of painting discussions of race in the classroom as “indoctrinating” children into CRT is also working. Eight states have already passed legislation targeting CRT, though they “mostly ban the discussion, training, and/or orientation that the U.S. is inherently racist as well as any discussions about conscious and unconscious bias, privilege, discrimination, and oppression,” according to the Brookings Institution. In Tennessee, for example, a teacher was fired after teaching a Ta-Nehisi Coates essay and a poem about white privilege.

But Hagopian said anti-racist educators are pushing back on what he called the McCarthy-era style tactics of CRT opponents. On Sunday, Hagopian and others led a rally at Yesler Terrace Park to oppose anti-CRT bills and highlight structural racism as part of several national days of action under the banner #TeachTruth.

“How can I teach the U.S. Constitution if I don’t analyze the structural racism that was embedded in the original document, when they designated Black people as three-fifths of human beings?” he asked.

Hagopian said that one of the key talking points against what opponents dub CRT is that it “shames” white students. But he said that is way off base. “It’s so important to understand that what we anti-racist teachers are teaching is that racism is systemic (built into our system of laws). And so individuals alone cannot fix it nor are they alone responsible for it. And the idea is that we create multiracial solidarity in order to create system change and undo institutional racism.”

No one should be afraid of an honest accounting of our nation’s history. And those who feel threatened by mere discussions of race and discrimination could ask themselves why.

Learn the meaning of the Constitution and the principles of American government. 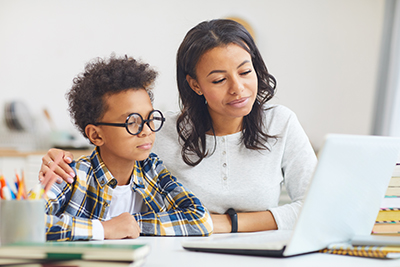