How we are covering structural racism and systemic change in education

How you can get involved in educational changes

Education Lab is a Seattle Times project that spotlights promising approaches to persistent challenges in public education. It is produced in partnership with the Solutions Journalism Network and is funded by a grant from the Bill & Melinda Gates Foundation, Amazon and City University of Seattle.

Four months ago, the coronavirus turned our worlds upside down. The ground shifted once again this summer as protests after the police killing of George Floyd sparked a national and local awakening about structural racism and an issue at the heart of Ed Lab’s coverage: educational equity.

Our team began discussing how we could be most useful and what our role is in our state’s continued dialogue on fairness and solutions in education. We saw that this rare moment — a social movement amid a pandemic — could result in long-term structural changes.

What follows is a conversation with reporters Hannah Furfaro and Katherine Long, who wrote the first stories in this series. Moving forward, you can expect to see contributions from education reporter Dahlia Bazzaz. Engagement editor Michelle Baruchman has been deeply involved, too, in making sure we listen to you.

Education Lab Editor Joy Resmovits: How has your reporting since then led to the series that’s beginning today, Window of Opportunity?

Reporter Katherine Long: I covered a Black Lives Matter protest in early June, and I was struck both by the diversity of the people protesting and the frequency with which they talked about changing big systems, including education. Now, covering education can be a lonely business — it has its own wonky, technical side, it’s often about funding, and even small changes can generate big controversies.

But the pandemic had upended everything about education, and we wondered if it could represent a moment to remake the system. I didn’t know what systemic change might look like, and I wanted to hear from educators of color, to find out what could finally make a dent in this long-standing American problem of unequal schools.

o----------------------o
Your stories and experiences are crucial to our storytelling. As we cover schools reopening and structural racism in the education system, we’d like to hear from you.

You can also answer these questions via email at edlab@seattletimes.com. As we consider planning a virtual live conversation on what going back to school this year will look like, please feel free to also tell us what times work best for you.

Reporter Hannah Furfaro: I grew up in Minneapolis, and in the days and nights after police killed George Floyd, my brother and I were on the phone nonstop. He lives blocks from where Floyd died, and although police brutality in our hometown wasn’t new, Floyd’s death felt like heartbreak. I grieved with him from afar. Protests and vigils soon came to Seattle, and during this time, I was reporting about Washington’s plans to head back to school in the fall.

Educators and advocates said they saw a sudden window of opportunity to radically change how schools serve students of color.

In interviews, people I spoke with — educators and advocates, mostly — said they saw a sudden window of opportunity to radically change how schools serve students of color. It’s not that people haven’t been working toward change for decades — many have. But people on the front lines of education equity work saw a national social movement rising and heard the big questions Washington education leaders were weighing to make schools safe. They wondered why we couldn’t also use this moment to make them equitable.

JR: Katherine, how did your experience as a Seattle Public Schools parent frame your approach to reporting on this project?

KL: Both of my kids graduated from Seattle schools (my daughter in 2011, my son in 2014), and I’ve come to realize how Eurocentric the curriculum was from talks with my daughter, who’s now works for a publishing company that specializes in books about women, especially immigrants and women of color.

She says she learned nothing about a huge swath of American history, society and culture. Her teachers only covered a few African Americans — Harriet Tubman, Frederick Douglass, Martin Luther King were the go-to’s — and failed to cover the Civil Rights movement or Jim Crow laws. She’s come to recognize misogyny and racism threaded through pop culture, even some of the shows she watched as a kid. When Erin Jones (the education consultant and state superintendent candidate) talked about how teaching from a Eurocentric worldview hurts everyone, including white kids, that resonated with me.

Teaching from a Eurocentric worldview hurts everyone, including white kids.

KL: Trish Millines Dziko, the founder of Technology Access Foundation, said if you could put significantly more money into high-quality, ongoing teacher training, and if you could also focus on anti-racist teaching, you could completely change the system. As reporters, I don’t know if we pay enough attention to this.

HF: As education reporters, we tend to look for “silver bullet” programs, or promising fixes. I’ve taken for granted how limiting these types of programs are if we’re talking about making real, systemic changes.

JR: Yes, it’s a lot easier to implement — and for us to scrutinize — specific programs than it is to understand the system (systems, really) as a whole.

Especially now, in a moment that has further amplified questions about voice and representation, I wanted to ask about the framework you bring to your reporting. You and I are white journalists tasked with focusing on educational equity, a subject that centers the experiences of students of color. What do you feel is your role in this conversation, and how do you seek to overcome the implicit bias you might bring to it?

HF: I was recently talking with an equity consultant who asked something similar. I’m white, and she wanted to know what about my experience makes me qualified to write about race. Good question. I think I fumbled through an answer about how I try to approach all stories with empathy. But I have not experienced racism. In many ways, this makes me ill-suited to write about it.
I’ve had more time to think, and have come to this: Stories about racism are not only about Black and brown people — they are also about those who are white, like me, who in big or small ways contribute to making things worse. I think it’s the duty of white reporters, including myself, to do more than attempt to empathize — we need to educate ourselves, internalize how we’ve either ignored or perpetuated racism, and frequently center the experiences of those who don’t look like us in our stories. 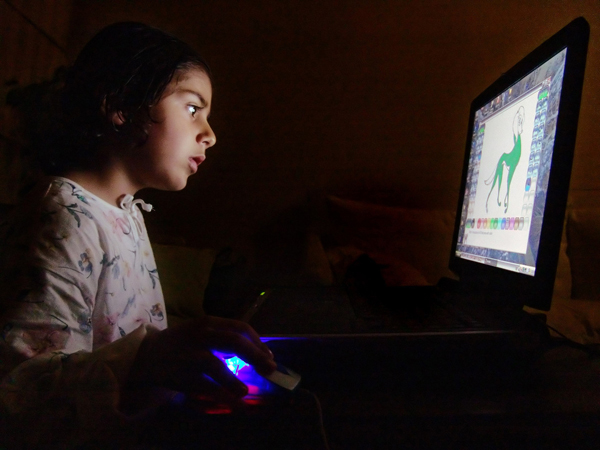 How a history of racism, police brutality and a pandemic led to an extraordinary moment