Is America a racist country? 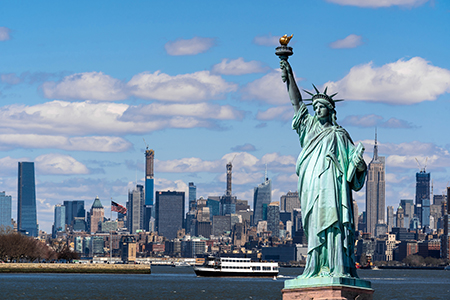 Last Sunday, Senator Lindsey Graham of South Carolina added himself to the long list of Republicans who have denied the existence of systemic racism in this country. Graham said on “Fox News Sunday” that “our systems are not racist. America’s not a racist country.”

Graham argued that the country can’t be racist because both Barack Obama and Kamala Harris had been elected and somehow, their overcoming racial hurdles proves the absence of racial hurdles. His view seems to be that the exceptions somehow negated the rule.

In the rebuttal to President Biden’s address to a joint session of Congress, the other senator from South Carolina, Tim Scott, the lone Black Republican in the Senate, parroted Graham and became an apologist for these denials of racism, saying too that the country wasn’t racist. He argued that people are “making money and gaining power by pretending we haven’t made any progress at all, by doubling down on the divisions we’ve worked so hard to heal.”

Scott’s argument seems to leave open the possibility that America may have been a racist country but that it has matured out of it, that it has graduated into egalitarianism.

I personally don’t make much of Scott’s ability to reason. This is the same man who said in March that “woke supremacy,” whatever that is, “is as bad as white supremacy.”

There is no world in which recent efforts at enlightenment can be equated to enslavement, lynching and mass incarceration. None.
It seems to me that the disingenuousness on the question of racism is largely a question of language. The question turns on another question: “What, to you, is America?” Is America the people who now inhabit the land, divorced from its systems and its history? Or, is the meaning of America inclusive of those systems and history?

When people say that America is a racist country, they don’t necessarily mean that all or even most Americans are consciously racist. However, it is important to remember that nearly half the country just voted for a full-on racist in Donald Trump, and they did so by either denying his racism, becoming apologists for it, or applauding it. What do you call a country thus composed?

Historically, however, there is no question that the country was founded by racists and white supremacists, and that much of the early wealth of this country was built on the backs of enslaved Africans, and much of the early expansion came at the expense of the massacre of the land’s Indigenous people and broken treaties with them.

In 1856, the chief justice of the United States wrote in the infamous ruling on the Dred Scott case that Black people “had for more than a century before been regarded as beings of an inferior order, and altogether unfit to associate with the white race, either in social or political relations; and so far inferior, that they had no rights which the white man was bound to respect.”

The country went on to fight a Civil War over whether some states could maintain slavery as they wished. Even some of the people arguing for, and fighting for, an end to slavery had expressed their white supremacist beliefs.

Abraham Lincoln said during his famous debates against Stephen A. Douglas in 1858 that among white people and Black ones “there must be the position of superior and inferior, and I, as much as any other man, am in favor of the superior position being assigned to the white man.”

Some will concede the historical point and insist on the progress point, arguing that was then and this is now, that racism simply doesn’t exist now as it did then. I would agree. American racism has evolved and become less blunt, but it has not become less effective. The knife has simply been sharpened. Now systems do the work that once required the overt actions of masses of individual racists.

So, what does it mean for a system to be racist? Does the appellation depend on the system in question being openly, explicitly racist from top to bottom, or simply that there is some degree of measurable bias embedded in those systems? I assert the latter.

America is not the same country it was, but neither is it the country it purports to be. On some level this is a tension between American idealism and American realism, between an aspiration and a current condition.

And the precise way we phrase the statement makes all the difference: America’s systems — like its criminal justice, education and medical systems — have a pro-white/anti-Black bias, and an extraordinary portion of America denies or defends those biases.

Being imprecise or undecided with our language on this subject contributes to the murkiness — and to the myth that the question of whether America is racist is difficult to answer and therefore the subject of genuine debate among honest intellectuals.

Saying that America is racist is not a radical statement. If that requires a longer explanation or definition, so be it. The fact, in the end, is not altered.

Charles Blow joined The Times in 1994 and became an Opinion columnist in 2008. He is also a television commentator and writes often about politics, social justice and vulnerable communities.
@CharlesMBlow [https://twitter.com/CharlesMBlow    ] • Facebook

A version of this article appears in print on May 3, 2021, Section A, Page 23 of the New York edition with the headline: America Is Still Racist.  Order Reprints