The front page headline of The Seattle Times from October 21, 2016 read, “New Guidelines tell parents: Mind your kid’s digital diet.”  The article quotes findings and suggestions put out by the American Academy of Pediatrics for children as young as toddlers.  We parents have been told repeatedly that too much time on devices or viewing the wrong type of content can negatively affect our children.  When we first learned that video games came out of the military, that they were used to desensitize soldiers in war to be able to kill another human being, it made perfect sense that viewing violent video games were dangerous to a growing brain. Researchers went on to document physical brain changes in people who spent a lot of time playing these games and the decline in their capacity to show compassion.

It isn’t just the violent video games that are a concern.  It’s how digital devices have begun to dominate our time and change our relationships, our ability to communicate and to protect what is important about being a family.  Sadly it isn’t uncommon for parents to tell me their kids have their phones with them at all times, including at the kitchen table, while doing homework, when they are supposed to be sleeping and even in the bathroom.  They don’t seem to realize that the message to those around someone plugged-in is that the rest of us aren’t important enough or interesting enough to keep your attention or deserving of your time.

I think about what people could have been doing if they weren’t on some digital device in their spare time. Getting outside to play, reading a good book, playing board games,  learning to play an instrument, getting into crafts or art projects,  baking cookies with a sibling or parent, walking a dog, going for a walk on the beach, appreciating the fall colors and the refreshing gusts of wind that send a thrill down the spine. 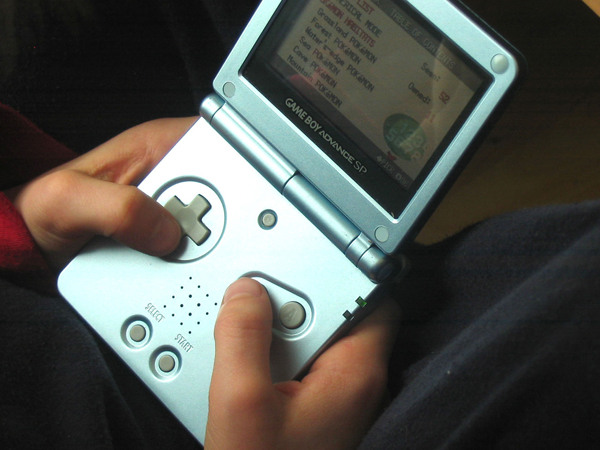 I was surprised initially that the AAP Guidelines included children as young as toddlers.  I know there are educational electronics that teach color and letter identification, singing the alphabet and such.  That has it’s time and place, but it saddens me to see parents not encouraging their kids to partake in the world in front of them.   I saw a woman pushing a toddler in a stroller at Green Lake not long ago.  This was a beautiful day with warmth, sunshine and blue sky, people walking dogs, other children, active birds on the lake and a Bald Eagle in the air.  There were lots of animated squirrels running from tree to tree across the grass. The leaves were a vast range of colors and there were many opportunities to pile the leaves up and jump through them, just for fun.  Instead this child’s head was down, no eye contact with anyone and clueless about the beauty and fun surrounding her.

There are countless examples of ways in which people of all ages miss out on meeting someone new, having a conversation, enjoying the beauty of nature and bonding with family because they were plugged in to a device and not into their lives.

We know phones can be dangerous while driving, but they can also be hazardous while walking.  Every day I see drivers using their phones while driving despite the law, the risks and danger to self and others.  I see people walk into intersections without looking and get upset with the driver who came too close.  The day after I read the aforementioned article I ran an errand and was stopped at a red light.  I saw two boys about 12 or 13 years of age walking along the sidewalk. The one in front was on his phone while the other followed and carried his.  Neither was paying any attention to traffic at this busy intersection or to the lights.  They were directly in front of my car when the light turned green.  I honked, got their attention and pointed at the green light and then made the universal signal for phone, as in Get off your phone before you get run over!  If only their parents could see them.

There are lots of reasons why people of all ages chose to be plugged in.  If you’re a parent wondering what the rules about use should be, if you are uncertain if your child is using too many devices or too often check out the new website www.HealthyChildren.org.  There is a link to the “Family Media Use Plan” where you can type in your kid’s ages and get feedback on what is considered age appropriate.

Colleen Holbrook is a Licensed Mental Health Counselor who works with children and families on a variety of challenging life issues in the Seattle, Washington area.