Opinion: The most inspiring journalism movie - maybe ever 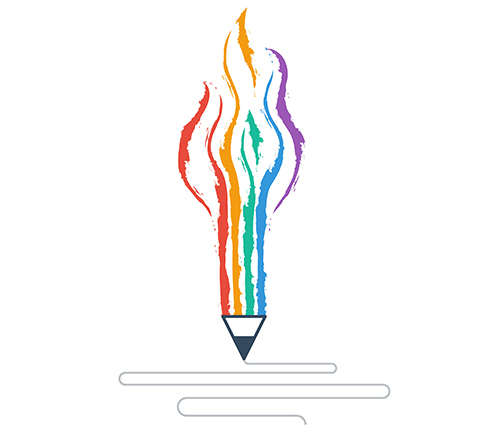 A new documentary film following the courageous journalists behind India’s only all-female-run news organization provides an essential portrait of the fight for press freedom — and illustrates the lengths to which some reporters are willing to go to expose difficult truths in the face of incredible obstacles.

“Writing With Fire,” by wife-and-husband team Rintu Thomas and Sushmit Ghosh, tells the story of one of the world’s most improbable newsrooms, Khabar Lahariya, an all-online news operation in the Indian state of Uttar Pradesh. “The reporters are all Dalit, Muslim or from other marginalized communities. It’s important that the reporting voice is of marginalized rural women, that’s the objective of the work,” Thomas tells me. In India’s millennia-old caste system, Dalits fall entirely outside the structure. Once pejoratively referred to as “untouchables” due to the hereditary nature of family occupations passed on from one generation to the next, over centuries Dalits have remained oppressed by tradition and the rest of Indian society.

“I tell my daughters, their caste identity will always follow them. This is how our society is structured, but it’s important to keep challenging the system,” says Meera Devi, the outlet’s chief reporter who is the main protagonist of the film.

But day after day, the women defiantly expose sexual violence against women and the corruption of illegal mining operations in rural India. “We don’t trust anyone except you. Khabar Lahariya is our only hope,” the husband of a woman who has been repeatedly raped by a group of men in their village tells Devi in one of the rare moments in the film in which a man acknowledges the organization’s value and impact.

“Changing and repairing a millennia-old system of patriarchy and misogyny is never easy, but I feel that’s what the women in Khabar Lahariya are doing through their work — chipping away at these structures that exclude them,” Thomas told me.

Although India is considered the world’s largest democracy and contains more newspaper readers than there are citizens of the United States, press freedom has suffered in recent times, with an increasing number of journalists targeted for their work.

“I believe journalism is the essence of democracy. When citizens demand their rights, it is us journalists who can take their demands to the government. This is how one fights for justice in a democracy, and journalists must use this power responsibly,” Devi says in the film, as she leaves her family and home and heads off to investigate another rape in her community.

The tension between these old cultural norms and the realities of modern life are palpable throughout the film, as these brave storytellers are talked down to time and time again by men in their communities, who simply can’t accept that a woman can do this work — or any kind of work outside the home, for that matter.

“What can I say about Khabar Lahariya? They’ve managed so far. But I never expected them to achieve anything,” Devi’s husband says to the camera. “So far, so good for them. But they won’t last for long.”

Yet here they are, nearly two decades into their important mission. One of the film’s most poignant scenes is a newsroom discussion in which management explains to the staff of reporters why they will be moving from print to an all-online format. Some of the reporters are scared. One doesn’t understand enough English to use the smartphone she has been given. Another worries she might break it.

In another memorable scene, a young reporter named Suneeta goes with a group of male journalists to question a police chief about the death of a miner in a blast that isn’t being investigated. After the session, in which she grills the official, her male counterparts offer some friendly professional advice. “Always start with a feel-good question. Not the way you did. Ask him about all the good things he’s done.”

“There’s enough praise from you all,” Suneeta replies with a mischievous smile.

While tradition and stigma work against these women, they also fuel their thirst for justice. Khabar Lahariya’s results speak for themselves. Based on the news outlet’s reports, rapists have been prosecuted, roads built and irrigation systems repaired. Khabar Lahariya’s YouTube channel has over 100 million views.

“Writing With Fire” highlights what Ghosh calls the “the raw power of independent journalism.”

“In the toxic media landscape we’re all a part of now, it allows us to go back to the basic tenets of journalism and to reimagine the word ‘news’ itself,” he said.

Attacks on the press are not new, but the threats faced by journalists in democracies have rarely, if ever, been as extreme as they are right now. “Writing With Fire” reminds us that there are always people who, despite incredible odds, will choose to do this work.

Jason Rezaian, Washington, DC, Global Opinions writer, Education: Eugene Lang College, New School University, BA in Cultural Studies. Jason Rezaian is a writer for Global Opinions. He served as The Post's correspondent in Tehran from 2012 to 2016. He spent 544 days unjustly imprisoned by Iranian authorities until his release in January 2016.  He is a CNN contributor.

0---------------------------o
Khabar Lahariya is the India’s only women-run brand of digital first rural news reaching 3,00,000 people a month. We are a network of 18 women reporters in 12 districts of Bundhelkhand. We report on local governance issues and rigorously monitor the implementation of schemes for the rural poor. In areas that are completely out of the spotlight of media attention, it has become a local watch dog and a weapon of the weak.


READ MORE:
Thenmozhi Soundarajan: A new lawsuit shines a light on caste discrimination in the U.S. and around the world 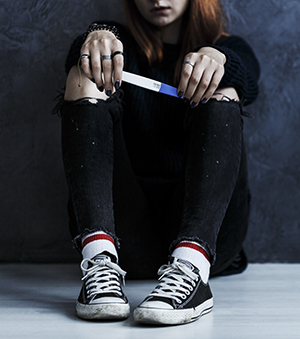