The riots and lynchings of 1919 provides lessons 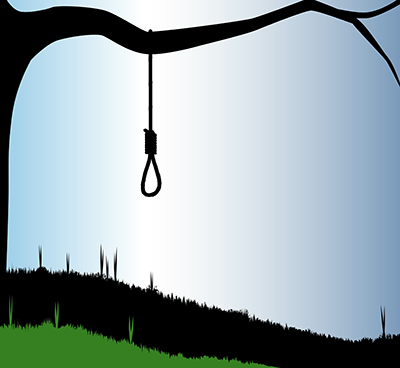 A century ago, racial hatred erupted in terrible, white-led rioting in more than two dozen U.S. communities. The assaults over a 10-month period in 1919 took the lives of more than 250 African American men, women and children. In Omaha, white rioters lynched Will Brown, nearly killed Mayor Ed Smith and did massive damage to the Douglas County Courthouse.

Present-day Americans need to understand the disturbing history of the 1919 riots and, in the process, rededicate ourselves to vital American ideals: Justice for all Americans. Respect for the rule of law. Solidarity across lines of race.

Mass violence against black residents had occurred in U.S. communities, primarily in the South, going back to the late 1800s. Atlanta had a tumultuous white-led riot in 1906. But the summer of 1919 stood out for its large number of civic upheavals, in multiple states, directed at black residents. White mob actions in 1919 ranged from large cities such as Chicago and Washington, D.C., to small communities in states including Texas and South Carolina. Historian John Hope Franklin referred to the series of racial assaults that year as “the greatest period of interracial strife the nation has ever witnessed.”

In Chicago, a fatal assault on a black youth swimming in a whites-only section of Lake Michigan spurred a week of mob violence. The mayhem took the lives of 38 people and destroyed the homes of black residents.

In Washington, D.C., white rioters attacked black citizens in the streets, sometimes pulling blacks off streetcars to assault them. After four days of police inaction, President Woodrow Wilson called out the National Guard to restore order.

The cycle of white-led mob actions that spiked in 1919 began in 1917, scholars say, when white assailants in East St. Louis, Missouri, killed more than two dozen black residents. Such mob violence continued into the early 1920s, when a rampage by white rioters in Tulsa, Oklahoma, devastated a 35-block area that included the black community’s business and residential areas. The violence killed between 100 and 300 residents.

Various factors fueled racial tensions during what scholars refer to as the Red Summer of 1919: Competition for jobs. White resentment at the Great Migration northward of blacks from the Jim Crow South. World War I-era acceptance of violence against societal “enemies,” such as German Americans abused during the war. Concern over political radicalism in the wake of the Bolshevik Revolution in Russia.

Another factor was the expectation of justice and respect by black veterans returning from World War I. More than 400,000 African Americans served during the conflict. During white-led rioting in 1919, many black veterans drew on their wartime experience and fought back.

Lynchings in that era were frequently rooted in white stereotyping of black men as sexual predators. Will Brown, killed by Omaha rioters on Sept. 28, 1919, was accused of raping a white woman. The riot that targeted him wasn’t spontaneous, however.

Agents for Tom Dennison, the longtime political boss, egged on the mayhem by distributing liquor and providing transportation. One of Dennison’s key associates, a chief instigator of the riot, abruptly disappeared with the political boss’s help in the wake of the tumult. He relocated to Denver and returned only after the coast was clear.

The World-Herald received the 1920 Pulitzer Prize for its editorial condemning the rioters’ “hideous orgy of lawlessness” and calling for strong punishment. But as was the case most often with these mob actions, only a few people were prosecuted, and mostly on minor charges. Dennison resumed political control in 1921 when his ally “Cowboy Jim” Dahlman returned to the Mayor’s Office.
The riots of 1919 offer a warning to present-day Americans about our need to hold fast to vital principles — the rejection of violence and racial hatred; the embrace of justice and equality. Our leaders should speak out resolutely to condemn bigotry. Our society should place mutual understanding and fellowship at the center of national life.

A century after the Red Summer, America can learn from the sins of the past as we teach the next generations to build a more just future. {see webmaster’s comments below}

(2) comments  (at the time of publication)

JIM BECHTEL, Sep 22, 2019 6:27am
Good for you.
It's not hard to see where we need to focus a passion for justice now. Where is the rule of law under attack? Where is racial hatred being exploited? To be blunt: At the very highest level.

Hjalmer Anderson, Sep 22, 2019 7:16am
Writing as an "old white guy", I look forward to the day when whites are just one more minority in America. We'll all be better off when the presumption of privilege and control has been replaced with the acceptance that everyone gets a fair opportunity to compete for power, position, and justice.


Webmaster’s comment: After 24 years of schooling and a collage major in social studies I realize that none of my high school or university American History classes included very little American History after World War I.
In none of my classes were the evils of slavery discussed, and I was left with the movie version of all the contented Negros happily singing on the plantation.

But book publisher know the facts.  Text book reviewers, school boards and ordinary citizens will rail again the truth—exclaiming “That’s not true!”--because they themselves have been shielded from the truth in their own education.

If we as a nation, continue to shield our youth from the truth, a future of white supremacy, trying to keep other races “in their place”, violence, interracial strife and racial conflict will be our children’s inevitable fate.

We value physical education and sports for building strong healthy bodies and values of sportsmanship in our children.
We can also value knowledge of our real history including past errors to build strong healthy minds with greater empathy and understanding, valuing democracy and equal justice before the law.

Help our children to recognize and shun mob hysteria, avoid repeating historical mistakes, to avoid the violence and misunderstanding that has mocked our national aspirations.

"Those who cannot remember the past are condemned to repeat it." (George Santayana)

“If it is true and if history, driven by human nature, is ugly (hint: it is), then this saying ought to guide our public and private policy.” (Nicholas Clairmont)

(and, paraphrasing JFK) “Ask not, what history can do for you; ask what you can do for history!” 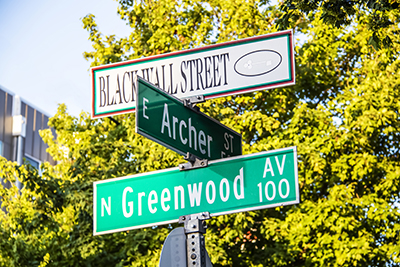