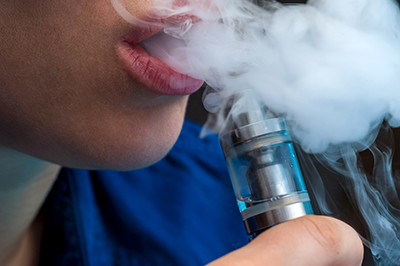 Juul intentionally aimed its products at young people and deceived consumers in general about the addictiveness of its vape products, failing for years to disclose the presence of nicotine, Ferguson alleges in the suit filed in King County Superior Court.

“Pushing unfair and deceptive marketing strategies appealing to youth, the company fueled a staggering rise in vaping among teens. JUUL’s conduct reversed decades of progress fighting nicotine addiction, and they must be held accountable,” Ferguson said at a news briefing on Zoom.

He said the company used young models, bright colors and candy-flavored vaping juice to lure in young users. And, he alleged, it worked: The percentage of vaping teens in Washington rose from 13% in 2016 to more than 20% by 2018, according to Ferguson’s office.

Ferguson said a 2018 study of Juul’s Twitter audience showed that 80% of its followers were between 13 and 20 years old and that the company knew this but did not address it.

Annie Tegen, Western Region director of the Campaign for Tobacco-Free Kids, said Juul and others employ the old tactics of big tobacco companies and are “dead set on getting their hands on another” generation of nicotine addicts.

Ferguson’s lawsuit is the latest in a series of legal troubles for the company, and for the vaping industry more broadly.

Last month, Ferguson sued E-Juice Vapors for selling its products without strong age verification and because that company never received a license from the state to deliver vapor products into Washington as required by law.

The earlier lawsuit, filed in King County Superior Court, seeks to block E-Juice Vapors’ future unlawful sales and obtain financial penalties. E-Juice Vapors refused to comply with the attorney general’s investigation, according to Ferguson’s office, so the number of its online sales into Washington remains unknown.

In 2016, the Washington Legislature passed a law with bipartisan support requiring multiple levels of age verification for online sales of vapor products.

Politicians from Washington State to Washington D.C. have called for bans on certain e-cigarette flavors, arguing they appeal to young people.

Also last fall, a former Juul executive sued the company, alleging that it sold at least 1 million contaminated mint-flavored nicotine pods and refused to recall them when told about the problem.

On April 1, the Federal Trade Commission sued to break up a multibillion-dollar partnership between Juul Labs and tobacco giant Altria, saying the financial and business dealings between the companies amounted to an agreement not to compete.

Vaping in general has come under scrutiny in the past couple of years as a spate of lung illnesses and deaths seem to be connected to inhalation of e-cigarette ingredients.

Information from The Associated Press is included in this report.

The AMA cited a surge in underage teen use of e-cigarettes, which typically heat a solution that contains nicotine. It’s simple, we must keep nicotine products out of the hands of young people.&rdq... read more