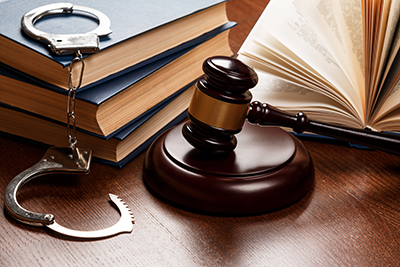 You may not have consciously considered this before, but to me, “Law and Order” means, people will know the law and obey it so we are safe as possible from conflict with our fellow human beings and further-- we are all equally subject to the same laws.

“Equality before the law, also known as equality under the law, equality in the eyes of the law, legal equality, or legal egalitarianism, is the principle that each independent being must be treated equally by the law...that all are subject to the same laws of justice (due process). Therefore, the law must guarantee that no individual or group of individuals be privileged or discriminated against by the government...” (Wikipedia, the free encyclopedia)

Many see the slogan "Black Lives Matter" as a demand to secure the right to life, liberty, and the pursuit of happiness for all Americans, especially historically wronged African Americans. They are not asking for preference, only that they be treated equally before the law.

There was a situation where two women are fighting in a public place.  A man steps in to stop the fight.  The police arrive.  The man slowly, calmly walks away to his car.  Police officers follow him with guns drawn.  Then, as he opens the car door and starts to get in, the policeman behind him shoots him seven times.

I am troubled in my mind as I view eye-witness video of the scene in progress. This was not the shooting of a fleeing felon!  This to me, appears to be cold blooded murder!  I am in favor of “law and order”, but this does not represent the “Law and Order” that as I have been taught to support and respect. This is NOT equality before the law.  That the people involved in this situation were black should not make any difference in the eyes of the law. [Jacob Blake in Kenosha, WI.]

Tennessee v. Garner, 471 U.S. 1 (1985), is a civil case in which the Supreme Court of the United States held that, under the Fourth Amendment, when a law enforcement officer is pursuing a fleeing suspect, the officer may not use deadly force to prevent escape unless "the officer has probable cause to believe that the suspect poses a significant threat of death or serious physical injury to the officer or others."(wikipedia.org)

Does the fact that the victim in above situation was black and I am white mean I should feel safe from this type of law officer’s misjudgment and misbehavior?  For me to feel safe in my Law and Order World, I need for that officer to be charged with murder, and if convicted, sentenced and never work in law enforcement again.

I respect, admire and support the police as necessary to the wellbeing of our society.  Police work is a demanding job, and we need better processes to identify and eliminate officer candidates who are unstable, racist, or otherwise likely to bring dishonor on the force.  As a counselor in the health department I was a Public Employee’s union member in the past and, as an outspoken—sometimes critical employee--have appreciated union support.  But I would never expect union support if I murdered a client!

Don’t defund the police.  Hire stable, educated people, and train them well as peace officers, and weed out the “bad apples” earlier in the hiring and training process.  And I would support the concept of specially trained counselors or social workers available to respond quickly to calls involving mental health issues.

I believe our page on Racial Issues might help those who are not being killed or denied housing or employment to better understand why people are upset and protesting. On the one hand, you might want to join the protesters—except for the virus still out there. You need to be conscious of health risks.  If you are feeling upset, anxious, depressed, you might find some relief by talking to a mental Health counselor. Many of these counselors are available online, so you don’t need to drive to their office.  You can confer with a mental health professional from the safety of your home.