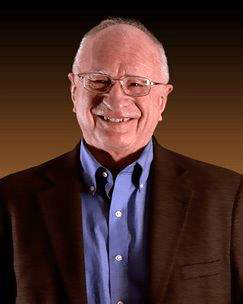 Who is Most Qualified to Treat Sexual Problems?

Sexual issues are addressed by a variety of therapists, but the American Association of Sex Educators, Counselors and Therapists (AASECT)  certified sex therapists and counselors are the most qualified to effectively treat sexual problems. This includes dealing with those who are out of balance or out of control about sex.

A certified sex therapist has a background in sexology, which is interdisciplinary and thorough in diagnosing, studying and treating sexual concerns. Whether a client has low or inhibited desire, orgasm difficulties, pain during intercourse or arousal issues such as E.D. or limited female arousal, a real sex therapist is the appropriate choice to diagnose and treat these and related problems.

Unfortunately, therapists can call themselves sex therapists without certification or training, which leaves consumers confused. Florida is the only exception, but there will be more states passing appropriate laws. There are clear concerns with scope of practice. It is unethical to go beyond one’s scope of practice to address problems a therapist is not qualified to diagnose and treat.

This does not mean that marriage counselors should not deal with sex, but most of them are lucky if they had a course or two in the subject, and if the issue is beyond their understanding, they should refer to a real sex therapist. The AAMFT has been slow to integrate sex and training to deal with sexual issues.

Instead, the American Association for Marriage and Family Therapy (AAMFT) has continued to recognize and even support sex addiction as a valid concept. This is bound to change, but if a discipline is not evidence based, how can we expect valid treatment approaches? By contrast, AASECT has wisely taken a formal position against sex addiction, and the DSM-V soundly rejected both sex addiction and hyper-sexuality because of a lack of empirical verification and conceptual clarity, and to date the ICD has not included sex addiction as a diagnosis either.

Every city has plenty of Certified Sex Addiction Therapist (CSAT) counselors, those who claim to be sex addiction therapists. In patient clinics charge $30,000 to $40,000 or more a month to treat Tiger Woods, Anthony Weiner and others deemed to be sex addicts. Armed with 12-step programs, inpatient and outpatient counselors cannot claim this approach is therapy at all. It fails to get at internal locus of control. It does not work. It is not evidence based.

As I was quoted in The New York Times, it is semantic sophistry to say that a person can be addicted to her or himself. Sex is part of us. Addiction is when there is an external substance such as alcohol or a drug that can cause a dependency.

Many Christian counselors push sex addiction as a way to argue that anything short of monogamous marriage is sinful. Unsuspecting religious clients take it all hook, line and sinker, which leaves them feeling shame, guilt and embarrassment about their supposed addiction to sex.

All of this is a thinly disguised war against sex—particularly lusty and casual sex. Swingers are admonished for being sex obsessed, and those into anything kinky are put down for their weaknesses.

As a sex therapist and couples counselor, I often see couples who first went to a sex addiction counselor, with no relief whatsoever. Similarly, a variety of sex coaches claim to be qualified to treat sexual issues, but their training is meager to none, and they are not licensed. I view this as an "end run" around what it takes to be a valid sex therapist.

It is essential that therapists and counselors be sex-positive rather than sex-negative. I coined the term sex-positive in 1976 with now deceased Unitarian Reverend Ronald Mazur (my 1980 university human sexuality text, Sexual Choices, with Gilbert Nass and Mary Pat Fisher was dedicated toward a sex-positive society), and it is now used and sometimes misused by therapists and others. The sex addiction model is sex-negative with lots of shame and moralizing. A real sex therapist approaches sex from a positive, consensual, equalitarian, informed model that encourages sexual pleasure and enthusiasm with caring and concern.

A balanced therapist needs a sense of humor and a treatment plan that works. Both are more likely with a real sex therapist than a "fake news" approach such as sex addiction!

BIO:
Dr. Roger Libby is a sexologist and a certified sex therapist with a practice in Seattle and Poulsbo. He has been on The NBC Nightly News and Oprah Winfrey (twice). For three years, he hosted a highly rated (Arbitron) radio show “The Pleasure Dome.” He has given talks at many universities.

A 1964 graduate of WWU, he was a professor at The Univ. of Mass., Syracuse Univ. and the Univ. of Georgia. He is an adjunct faculty at The Institute for the Advanced Study of Human Sexuality in San Francisco.

Dr. Libby is widely published. He co-authored an award-winning college text, Sexual Choices in 1980, which was dedicated “Toward a Sex Positive Society.” He coined the term “sex positive” in 1976. He wrote The Naked Truth about Sex for young adults, and a humor book, Sex from Aah to Zipper, and he hosted the original Better Sex Videos. His TED talk on “We Need a Sex-Positive Revolution” is on his homepage, www.drrogerlibby.com.

Also see Dr. Libby's article "Are You Struggling With What Some Call A Sex Addiction?" 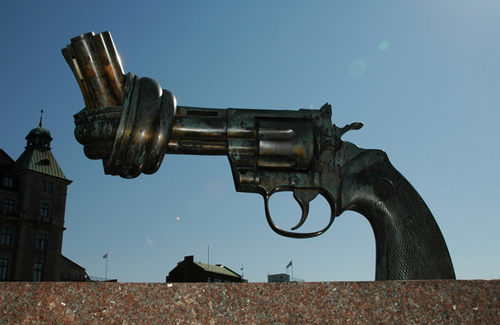 Risk Assessment Evaluation & Security Risk Management in the Prevention of School Shootings:
Preventing Homicide and Suicide in Our Schools

There have been many school shootings dating back to at least 1974. Usually the shootings involve a fourteen to seventeen-year old male who has access to a semi-automatic handgun. Several of the most rec... read more

Of two minds—Who should live and who should die? Opinion “The real reason epidemiologists and economists keep arguing”           ... read more