Why is there a racial issues page in our Therapist Directory? 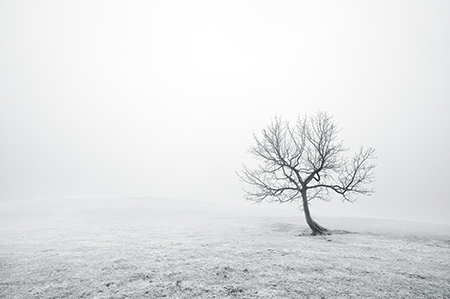 ["Systemic racism" here meaning "racial inequities that persist without requiring widespread, ongoing, conscious discrimination by individuals, while also recognizing the progress that has been made."]

In the past two years (2020-2021) our therapists have been almost over-run trying to meet the demands of the public for online (virtual) counseling services. To a large extent, this demand has been fueled by the COVID-19 pandemic and other local and national current events.

We have all been in this together—often disturbed by the loneliness of isolation, social distancing, conspiracy theories, the 2020 election, discredited claims of election fraud, the January 6th insurrection, the Delta variant, mass shootings, “Black Lives Matter” demonstrations, exposure of our tribal-like geographic political divisions, exceptional drought conditions across the contiguous United States, wild-fires, and  voter suppression legislation by the states.

Then there’s crime.  After a year and a half of calls from the progressive left for drastic policing reform I, as well as voters across the country, reject the “defund the police” movement. Black communities as well do not want to dismantle their city’s troubled police departments. They want change--a police department what will treat them equally. Black crime victims want to be able to call 911 and have police arrive to help them and not to harm or kill the victim. Police have been too often negligent or dismissive in  investigating black-on-black crime, compared with white-on-white crime.

I strongly oppose “defund” efforts, but support changes in current police hiring and training.  As a fortunate peace-time Army vet I am a supporter of hiring returning veterans.  However, after years of war in the middle east, we need to do careful mental health screening of police applicants and use caution in hiring solders who have spent multiple deployments in dangerous conditions where people of color were often, enemies.

But when it comes to racial issues, those of us who have been raised to believe the United States of America is the greatest
country of the world, and a shining example of democracy in action—are surprised and upset to learn of our nation’s historical sins and short-comings—often events concealed at the time and then forgotten over decades so even our parents and history teachers hadn’t known about them.

With the death of our idealism, we experience “The 5 Stages of Grief”—the process of going though Denial (disbelief and numbed feelings) Anger, Bargaining, Depression, and finally Acceptance. Some people get stuck on Anger, others get stuck in Denial or Depression—all stages that can benefit from therapy.

Years ago I was able to accept the story of George Washington cutting down the cherry tree, as not a true story, but rather an “iconic story about the value of honesty invented by one of Washington’s first biographers, an itinerant minister and bookseller named Mason Locke Weems.”

But even after completing an undergraduate major in Social Studies (history, sociology, American government and geography), I never learned that enslaved persons from Africa were a part of our colonial history as early as 1619. Indigenous people of the Americas did not make good enslaved people—they could too easily slip into the forests and rejoin their tribes. “Indentured servants,” (usually poor people from the home country who contracted for a fixed term of unpaid labor, often in exchange for a benefit such as transportation to the colonies), could also easily escape their contracts, by slipping away and concealing themselves among the other white colonists.  But black Africans, thousands of miles from their homeland across a vast ocean, found it difficult to escape and to successfully conceal themselves.

And now in 2021, state legislators (who seem to be stuck in their grieving process in the Anger and Denial stages), are passing laws making it illegal to teach about race in our public schools -- the better to shield children from being exposed to the ugly truths which are part of our true history—and labeling it as “indoctrination.”

That is an error on their part. For schools to teach a truth you don’t like, is not “indoctrination.”  For schools to do otherwise is to conceal the truth—sometimes referred as “lying by omission.”

Seventeen States have passed restrictive voting laws. In the words of the ACLU, “This assault takes aim at every aspect of voter access, imposing stricter voter ID requirements, erecting barriers to voter registration, and enabling aggressive voter roll purges.  And a central focus is on limiting access to voting by mail.”

Counseling Washington’s collection of articles on racial issues is intended to illustrate the existence of systemic racism in the U.S. so that the public can see and understand racial inequities that persist, even without requiring widespread, ongoing, conscious discrimination by individuals, and also recognize the progress that is being made.

Nations and states--like people--make mistakes.  And just as people can, our nation is learning and profiting from exposure to some of its mistakes and is emerging stronger and better.  For our adult citizens and for our children to learn about our historical truths and short-comings, is also to come to believe in our national ability to change and grow stronger—and that it will not weaken our belief in the United States of America as the greatest country of the world, and a shining example of democracy in action — despite our faults.

It sometimes takes us a while, but we usually get it right in the end.

By: Floyd Else, Webmaster, counselingwashington.com

“...One way to understand movements such as #MeToo and #BlackLivesMatter—The former is a sustained effort to make the pervasiveness of sexual harassment and sexual assault a matter of public record; the latter is publicizing the everyday abuses that members of black communities suffer.
Both movements are putting everyone on notice: Ignorance of these facts is no longer an excuse for inaction.

By Sanford Goldberg
Special to the Chicago TrIbune, Jan 6, 2022